Vision and Living in the Moment

“The light from one small moment of honest self-inquiry is more powerful than the
accumulated darkness of a million years of doubt. ~ Guy Finley 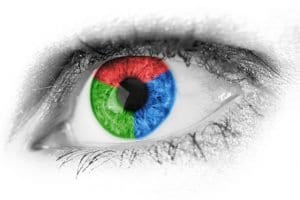 In his book, Design Your Destiny, Guy Finley says that, “Each of us is created with the power to choose our course of destiny. To be able to do this, you must first learn how to access the place where your future is being created: the present moment. The concept of the present moment, while hard to grasp and live in, has complete power over what happens in our future. That moment is our destiny.

How can living in the moment and creating a vision which seems like a far-off point in time be mutually dependent? Being in the present moment means that you are not thinking about regrets over something that happened in the past. Nor are you thinking about what might happen in the next moment. You are, without thinking, experiencing the feelings, sights, and sounds within and around you right now. If you are truly in the present moment, within your being, you won’t be thinking about which direction is best for you. You won’t have to choose from the old patterns that produce limited beliefs. New alternatives will appear as your inner vision. These messages from your true being will guide you.

Let me tell you a story of how I discovered the true sense of living in the moment. A few years ago, I went on a week long raft trip down the Rogue River in southern Oregon. Never having tried an inflatable kayak before, I decided to give it a go. The first leg of the trip was relatively calm, with a couple of class two rapids, so I was able to get a feel for the craft and the river before we headed into more significant whitewater. At one point, I found myself caught in a small eddy, a river current at variance with the main current that causes a whirlpool-like effect in the river. I struggled to paddle out of the eddy, and when I finally pulled away, found myself floating backward down some rapids. I began to panic. I am a strong person, but was unable to bring the kayak around to face down river. Fortunately, the current carried me up against a medium-sized rock. From there, I was able to push off of the rock and bring myself around in the right direction. At the next still water, I paddled to the edge of the river and caught my breath.

In those moments which seemed like an eternity I had an epiphany. Being on the river was like paddling through life. As the current carried me, I realized that to safely navigate the channels and rapids that I would encounter, I needed to be fully present. I might have a few seconds to make a decision about a direction to take, but ultimately the current would take me where it wanted. The more I struggled with the direction I wanted to take, the more difficult the trip became. When I stayed in the moment, trusting that I would make the decision necessary at the point I needed to, I began to see the entire river more clearly. I began to see how the water broke against the rocks and how the current changed directions. Staying in the flow instead of resisting its direction gave me a sense of calm, even in the much more serious rapids we encountered later down the river. What control I had was limited by the power of the current as it channeled through the canyons and over the rocks. The more I fought the flow, the less success I had and the more effort I had to expend. The river became my guide, just as my creative self guides me when I am present and in the moment.

In the present moment you merge with your self-expression. You don’t question your next move, or your choices, or what the results will be in the end. You are in the natural flow. When this happens, all of your experiences are affected. You will know what you need to know, when you need to know it. You will not have to think about your vision; it will come to you.

As your trust in the moment increases, you begin to experience less anxiety about the past and the future, and are more in tune with your surroundings. There synchronicity. Inspiration and enthusiasm increase, and as they do, you feel happier. When you are happy, you become more spontaneous, creative, and productive.

This is not to say that we should ignore action and achievements. Doing and having, as well as being, are a part of the creative process. Logic, goal-setting, and management of objectives is important. However, the first step is to be self-aware and present, which expands your understanding and provides more clarity of the process. Then you can begin to streamline objectives, which ultimately brings more enjoyment to each task and accomplishment.