The reality is harsh. The call is urgent. We must stand together to fight human trafficking.

Last Friday night, I was invited to attend a gut-wrenching play called, Beyond the Shadows: Human Trafficking in a Digital World,” which shows the means by which sex traffickers use the internet, media, and digital communication to trap their targets.  The play presented by The Modern Abolitionist Legal Society (MALS), a part of the Michigan State University College of Law, seeks to raise awareness about the pressing problem of human trafficking.

My introduction to this problem came from the movie, Taken, starring Liam Neeson, where his 13-year-old daughter was kidnapped by human traffickers for sexual slavery while traveling in France.  Although I had heard news stories about the growing domestic problem, little did I realize the extent of this issue AND that it’s happening right in our back yards.

There was no clapping during this play which told the personal stories of several young women, a boy and a 7 year old girl whose lives stolen from them often after being sold by their own parents.  The pain and suffering these children face is heartbreaking.

The stories for this performance came from local children that had been rescued after years of imprisonment in a local rural home near the university.

I had the opportunity to interview, one of the actors, Ashleigh Kline, who is a law student and Secretary of the Modern Abolitionist Legal Society.  She shared the following:

“This issue, as a true form of modern-day slavery, has become a plague in the United States.  Studies estimate that between 27 and 30 million human beings are living in slavery.  This is more than at the time of the trans-Atlantic Slave Trade and the Civil War.

Something that I learned from the play is that Michigan is #2 in the nation and in March 2013, Attorney General Bill Schuette and State Representative Kurt Heise, in cooperation with Governor Rick Snyder and the Michigan Legislature, launched the first Michigan Commission on Human Trafficking.  Click here to read the report.

To join the fight against this epidemic, the Modern Abolitionists hold several events each year to raise funds to donate to a local non-profit, as well as to raise awareness in our community.  This year, the fund were raised for two organizations who participated in the event:

The reality is harsh.  The call is urgent.  The MALS students stand together to fight human trafficking, and they invite you to join as we continue in our endeavor.  You can follow them on the Modern Abolitionist Legal Society Facebook Fan Page. 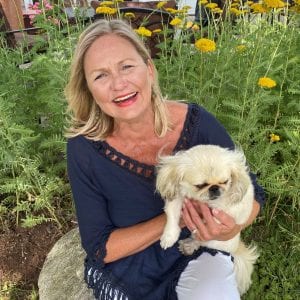